Four To Be Honored At 2015 Bluegrass Sports Awards

The Bluegrass Sports Commission (BSC) is proud to announce Cris Collinsworth, Jennie Rees, Don Adkins and Mitch Barnhart as the winners of the fourth annual Bluegrass Sports Awards presented by Alltech which will be held Feb. 4, 2015, at the Lexington Convention Center’s Bluegrass Ballroom. 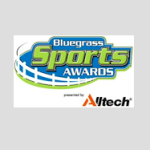 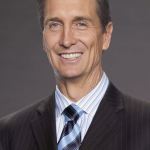 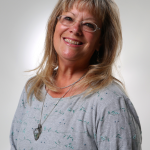 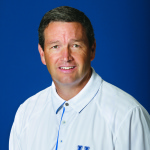 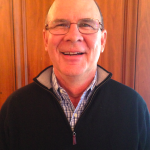 Collinsworth will receive the Tom Hammond Sports Media Award which is a national award presented to a broadcaster who has achieved outstanding accomplishments in the field. The Dayton, Ohio, native spent eight years in the National Football League with the Cincinnati Bengals and played in two Super Bowls before moving to the press box to call the games for HBO and NBC Sports.

Collinsworth is currently a game analyst for “Sunday Night Football,” earning an Emmy Award for Outstanding Event Analyst in each of the past six seasons. The most honored studio analyst in sports television, he served as a studio analyst and co-host of NBC’s critically acclaimed studio show “Football Night in America” since returning to the network in 2006, and co-hosted Super Bowl XLVI and XLIII’s pregame show. For three consecutive seasons, “Sunday Night Football” has been the most-watched primetime show on television, and Super Bowl XLVI, which Collinsworth called with Al Michaels on NBC in February 2012, was the most viewed program in U.S. television history at the time.

In addition to his NFL responsibilities, Collinsworth has been a part of four Olympics with NBC. He made his Olympic broadcast debut as a track and field reporter at the 1996 Atlanta Olympics, and has served as a correspondent in Beijing (2008), Vancouver (2010), and most recently, at the 2014 Olympic Winter Games in Sochi, Russia, where he also provided commentary during the Closing Ceremony alongside Michaels.

Collinsworth, who first joined NBC Sports from 1990-96, has won a total of 15 Emmy Awards – nine for Outstanding Sports Studio Analyst in addition to the six he garnered for Outstanding Event Analyst. Known for his candid and insightful analysis, he has received consistent critical acclaim throughout his broadcast career. In 2001, the former Florida Gator was inducted into the Academic All-America Hall of Fame.

“During his years in college and the NFL, Cris was known as an impact player. However, it is as a broadcaster that he has reached his greatest heights,” said the award’s namesake, Tom Hammond. “He has strong opinions and has done the research to back them up. In the broadcast booth or studio, he is simply regarded as the best in his profession.”

Collinsworth becomes the third recipient of the Tom Hammond Sports Media Award. Legendary broadcaster Dick Enberg took home the honor in 2013, while the longtime voice of the Cincinnati Reds, Marty Brennaman won in 2014.

The 2015 winner of the Tom Hammond Kentucky Sports Media Award is Jennie Rees. Rees has covered horse racing for The Courier-Journal since the fall of 1983. She was elected into the National Museum of Racing and Hall of Fame’s Joe Hirsch Media Roll of Honor this fall. Rees is a three-time Eclipse Award recipient as an individual and was the principle journalist in The Courier-Journal’s 2008 multi-media Eclipse for a package on horse safety. She is a five-time winner of the Red Smith Award for Kentucky Derby coverage and has won the Joe Hirsch Award for outstanding Breeders’ Cup newspaper story.

In 2001, she became the second journalist to be honored with the Kentucky Thoroughbred Owners’ Warner L. Jones Jr. Horseman of the Year Award. Rees joins past winners Larry Vaught and Dick Gabriel.

“Thoroughbred racing is important to Kentuckians and no one has done a better job of reporting news and developments over the years than Jennie Rees,” said Hammond. “She has unique insights into the world of the Thoroughbred and has become the gold standard for turf writers.”

This year’s Jim Host Sports Business Award goes to University of Kentucky Director of Athletics Mitch Barnhart. Under his guidance, UK athletes have set records for graduation rates and maintained a perfect mark in the 10-year history of the NCAA Academic Progress Rate. In the arenas of competition, records have been achieved for winning SEC championships and two Wildcat teams have earned national championships.

Barnhart came to UK in 2002 and provided funds for full coaching staffs and scholarship allotments for all 22 varsity sports. He has also overseen the construction of the Joe Craft Center, new stadiums for track and field, softball and soccer; the UK Golf House and the Wildcat Coal Lodge dorm. Commonwealth Stadium is undergoing a $110-million renovation that will transform it into a state-of-the-art facility in the fall of 2015.

Barnhart guided UK to a No. 11 final ranking in the NACDA Directors Cup standings in 2013-14, UK’s highest finish in school history. He has also made a $65 million commitment for athletics to help fund the new Academic Science Building and he directs an annual $1.7-million contribution to the University’s scholarship program.

“This kind of recognition for Mitch Barnhart is long overdue,” said Jim Host for whom the award is named. “The job he has done at UK in building all sports is one of the best in the country. Nothing means more in sports business to the Bluegrass than UK’s athletic teams. Now, they all have a real chance to win with great facilities to compete in which is all as a result of the job Mitch has done as AD.”

Don Adkins is the 2015 recipient of the Jim Host Youth Sports Awards after spending his entire career working in high school and middle school sports. Adkins has served as a coach, broadcaster and Athletic Director since his career began at Tates Creek High School in 1974.

Adkins coached at TCHS from 1975-94 where he coached girls’ softball and was an assistant for boys’ basketball. He helped lead Tates Creek to a runner-up finish in the Sweet 16 in 1991 and served as the department chair for Health and Physical Education. From 1995-2002, Adkins was the head boys’ basketball coach at Lafayette and was named the 11th Region Coach of the Year after his team captured the 2001 KHSAA State Championship title.

Since 2006, Adkins has been the Athletic Director for Fayette County High Schools and Middle Schools. During his tenure, he has worked with countless athletes and coaches and made improvements to player safety, adding athletic trainers for all sports at the high school and middle school levels. He is active in the community, serving on several board of directors including LFUCG Parks and Recreation, the National Interscholastic Athletic Administrators’ Association and the Kentucky High School Athletic Directors’ Association. From 2009-2012, he taught undergraduate classes at UK for the Health and Kinesiology Department.

“Donnie Adkins has been a huge contributor to the youth of the Bluegrass with his many years of dedication to high school sports,” said Host. “His success as a high school basketball coach followed by his role as Director of Athletics for the Fayette County school system is unequalled by anyone who came before him. He is a role model for all young people he has come in contact with.”

In addition to these awards, the Lexington Herald-Leader will once again present its annual Sportsman of the Year Award live to cap off the evening.

The event will consist of a reception with award winners and keynote speakers, a sit-down dinner and professionally produced awards program. Proceeds from the evening will benefit the BSC and its efforts to grow the economic impact sports tourism has on central Kentucky. Tables of 10 are available for purchase for $1,250. Individual tickets are also available for $150.

For more information or to purchase tickets, please call 859-255-0336 or visit us online at www.bluegrasssports.org.